skip to main | skip to sidebar

I recently came across a post-it note that I had taped to my desk at the radio station.

A co-worker and friend had told me about an old saying her elder relatives had taught her, so that she would use it throughout her life.

It was in Hebrew, but she had her grandfather translate it for me.

Once translated, the crux of this old saying was that you could judge a man by the way he handles:
his anger,
his drink,
and his pocket.

Meaning that if a man had a bad temper, drank too much and was not wise with his money, then you were smart to keep looking.

But if you found a man who had all of these under control, then he was a good man worth keeping.

So roughly a year ago, on this orange Post-It note, I wrote:

I did not want to forget.

For me, I think it's a great indicator for who you want in your life in general. Friends, lovers, male, female... everyone. Including myself.

I want to know that I am always in control of

my anger,
my drink,
and my pocket.

Perhaps this orange Post-It note needs a new place to remind me.
Absently typed by Kris at 11:31 AM

this is outstanding. imma steal it. for personal use of course.

Everyone could stand to live by that.

I just want to say Hi to Everyone! 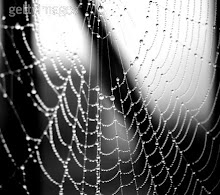